“The work I create is meant to amuse, intrigue, and foster curiosity of mystery through original forms and movements that inspire an organic growth in nature. I am fascinated by thinking of art and design in terms of solving a puzzle.”

Terri Shay has worked in art and design for more than 12 years. She is versatile and business-minded with a broad perspective, exceptional color sense and a proven ability to manage creative projects seamlessly from concept through delivery. Terri Shay has earned a B.F.A from Columbus College of Art and Design, Columbus, OH and a MFA from Fontbonne University with an Emphasis in Painting. Terri Shay has participated in countless shows and exhibits, as well as received awards and been featured in various publications. 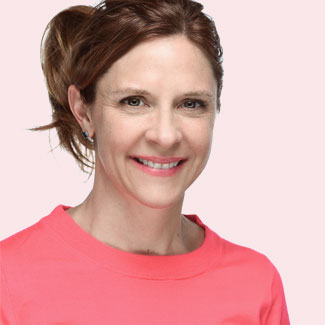 Terri Shay has enjoyed art from a very young age. She has always been encouraged by her family, where the talent for the arts runs in their blood. “I would say my parents were very good at encouraging me. Both my Mom and Dad were art minors in college and very interested in art. Both grandparents would ask me to draw things for them. Most of my cousins have ended up in the arts of some kind, some visual, music and dance. And my father’s mother was a painter.”

Terri Shay was encouraged to take art lessons. And, over the years she would receive scholarships to summer art programs at the art school that she ultimately attended in Columbus, OH.

Through the years, Terri Shay has created art with many different types of media. Whatever she had in front of her... chalk, Lincoln Logs, pencils, construction paper just to name a few. Her grandmother first introduced her to painting, but she definitely likes a little bit of all forms of media.

“It has been a journey; it’s hard to remember not painting and drawing because I really have always been connected to making something, sometimes even out of my food, when maybe I should have been doing something else. I think it might have been annoying to teachers or parents at some point.”

Terri Shay particularly enjoys making sketches with a ballpoint pen. She loves to use cheap paper mate pens. “I buy them by the box. They are light they move well, and they give me a freedom that works. You can vary the line weight and get some good value differences with pressure that is applied or not. Then I can evaluate the drawing and see if it is worth taking farther, to a painting or more extensive drawing. But it’s easy to capture a spontaneous loose essence with pen for me.”  She also likes using colored pencils, simply to take places and get general colors down. She finds it easy to make valuable decisions so that she doesn’t waste time with the final production later. But, what Terri Shay really loves is paint. When she gets to this stage she finds it so satisfying to work with the rich textures, broad visuals and vast colors. “Paint makes it all come to life; it is the chi or life essence.”